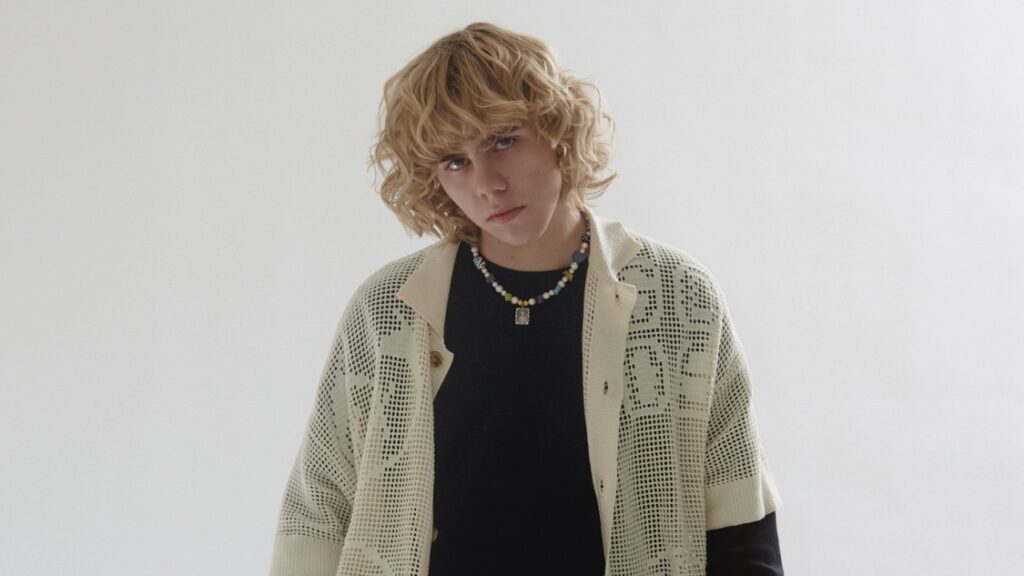 LAROI taps powerhouse co-producers Andrew Watt and Louis Bell on a track that explores the intricacies of modern relationships.

It is accompanied by the blockbuster music video directed by Christian Breslauer. Watch it HERE. In the visual co-starring Katarina Deme, LAROI does something he’s never done before, and literally faces himself.

“Thousand Miles” takes on new meaning as the accompanying visual proves to be provocative, poetic, and powerful as LAROI confronts his one true rival.

The Kid Laroi’s “Thousand Miles” is out now on all digital music platforms worldwide via Sony Music. Watch the music video here.

ABOUT THE KID LAROI:

The Kid LAROI crashed landed at the forefront of pop music and changed it with an inimitable vision of his own. Braving a tumultuous childhood beset with hardship, trials, and tribulations, he quietly emerged as a cultural force with a future-facing style, bordering pop, hip-hop, alternative, and rock without ever staying still for too long. Along the way, the 18-year-old superstar has earned dozens of gold, platinum, and multiplatinum certifications, toppled the Billboard Hot 100 with the quadruple-platinum “Stay” (feat. Justin Bieber), and captured #1 on the Billboard Top 200 with his F*ck Love project. He has tallied billions of streams on his rise, as he proves to reach new heights with his forthcoming 2022 album.