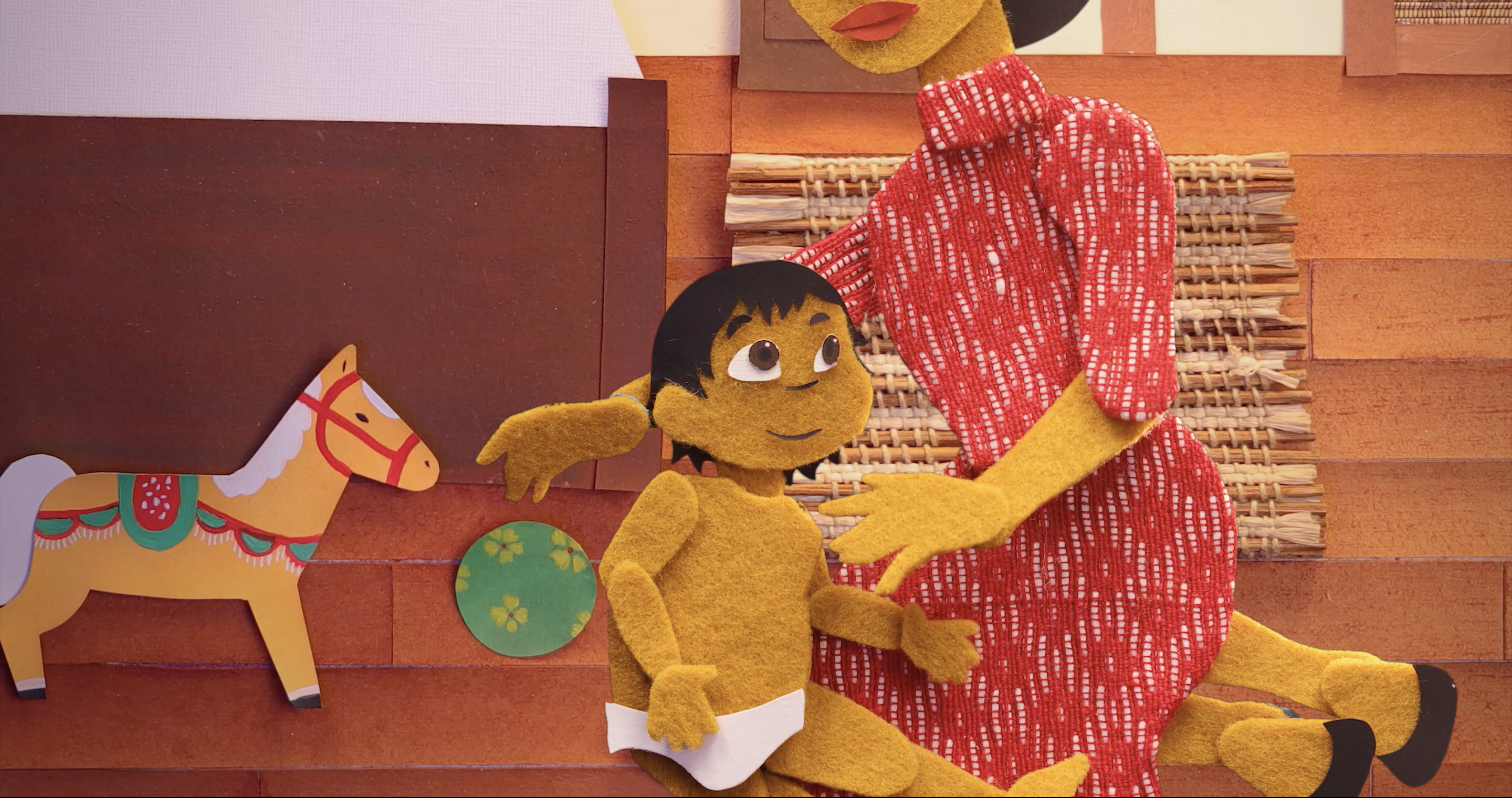 Iconic pop-rock outfit The Itchyworms kick off their 25th anniversary in the music industry with the official video release of “The Life I Know,” a piano-backed ballad off their fifth studio album, Waiting For The End To Start—released on digital music platforms via Sony Music Philippines.

Helmed by partners Marie Jamora and Jason McLagan of Indie Pop Films with animation from Apartment D, the music video is a first of its kind in the Philippines to feature a stop-motion animation format that is embedded with Filipino cultural sensibilities.

The journey of Awit

According to award-winning filmmaker Marie Jamora, the music video follows the story of Awit, a toddler who begins to understand her place in the world as she gets more independent from her mom. Tension arises when an incoming new sibling threatens to take the place that was once her own comfort space. Marie Jamora adds, “with this spiritual quest, Awit realizes that she needs to accept her new baby brother in order to reconnect once again with her mother.” 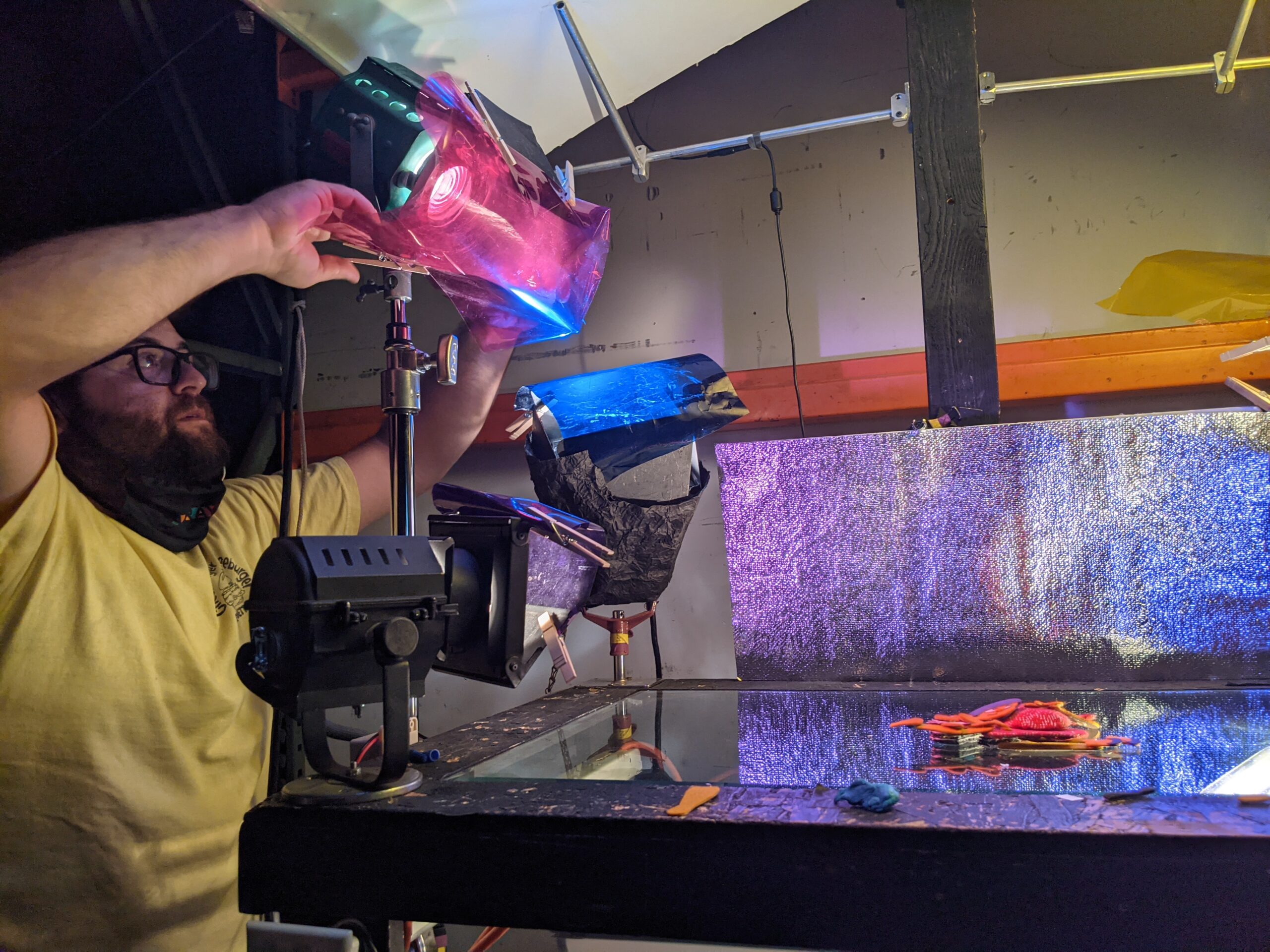 “Being a new mother myself and remembering the experience of having a baby in my own womb, I always wondered what was going on inside, whether there was a different universe that my baby lived in,” says Jamora. “This all inspired and informed me for our video. I don’t think I would have ever thought of this concept if I didn’t go through this experience.”

Director of animation Cami Kwan is proud of how important the film is in documenting the universal experience of growing up, and relates the concept to how a child starts to lose the world they’ve known, and navigate a new realm that is both uncomfortable and terrifying, but is part of a bigger life process. “There is a beauty and awe in embracing a wider world, of seeing beyond yourself, but there is an inherent loss in that as well, and we wanted to explore that sense of melancholy as well as that sense of power and joy.”

Having worked with The Itchyworms for so many years as a former manager and music director for their timeless hits “Antipara,” “Buwan,” and “Love Team,” Jamora is a trusted collaborator of the band who has maintained a formidable friendship with them through the years. Lead vocalist, drummer and all-around musician Jazz Nicolas explains that of all the directors they’ve collaborated with, Jamora is the one that knows them really well. “I fully trust her with making this video. I asked her to make us a music video and to choose any song from the album she wanted to work on. She chose The Life I Know. I trust that she would put her whole heart into it and come up with something awesome, as she always does.”

“Personally, I always thought that her talent is really for the international stage,” co-lead vocalist, guitarist, and multi-instrumentalist Jugs Jugueta speaks fondly of Jamora. “With this project, we hope The Itchyworms too, can reach an international audience.”

As for the visual execution of the music video, Cami Kwan was excited with the infinite possibilities of the stop-motion animation as it “brings real materials to life in a way that no other art form can.” In true Filipino fashion, Kwan reveals that the team has always wanted to celebrate the tradition of weaving that exists in the country, specifically the textures and pattens in the work of T’Boli Dream Weaver. “The Dream World is made entirely of these traditional woven fabrics, and the characters are all made out of wool and other weaving materials,” the animator points out. “This fundamentally links the characters to the Dream World, which we also designed to evoke the feeling and patterns of a womb. Dreams and wombs are safe spaces, where anything is possible and where life can be created from nothing.”

The music video release of “The Life I Know” is part of a campaign series that aims to champion the legacy of Jazz Nicolas, Jugs Jugueta, Kelvin Yu, and Chino Singson a.k.a. The Itchyworms as one of the definitive bands of our time, a true mark of an artist that continues to shape pop culture consciousness for more than two decades and redefine Pinoy artistry with cross-generational classics. As part of the multiple celebrations that mark their existence for two decades and a half, The Itchyworms are also set to release the 25th anniversary single “Eto Na,” a music video to their title track “Waiting For The End To Start,” a mockumentary chronicling their official ‘untrue’ story and Worms Upon A Time podcast.

The music video of The Itchyworms’ “The Life I Know” will be out on the band’s Official YouTube Channel and WeTV at 7:00pm.