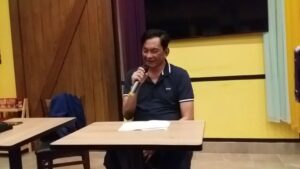 House Ways and Means Chair Joey Sarte Salceda (Albay, 2nd District) has called for the urgent passage of proposals in his comprehensive education reform agenda in response to news that as many as 70,000 Bicolano pupils in grade school are unable to read, calling the issue “a ticking economic timebomb.”

“Anyone child who reaches the higher levels of elementary school without knowing how to read is already a cause for concern. Seventy thousand in one region alone is a crisis,” Salceda said, reacting to 2019 data released by the Department of Education – Bicol officials. 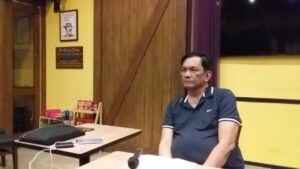 “When I was Governor of Albay from 2007 to 2016, Bicol was making significant strides in education, to the point that many of our efforts in Albay were replicated across the country and we were nationally awarded and recognized. It appears to me that when government changes and it becomes less aggressive in promoting a better quality of educations, the outcomes also slide back. This emphasizes the need for systemic national reform so that whatever progress is made actually endures. Education outcomes should not depend on who’s in charge,” Salceda said. 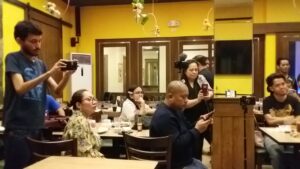 Salceda, who is author of a series of education-related bills called the Comprehensive Education Reform Agenda, also said that he is “almost certain that when the other regions release their data, we will see similar issues.”

“PISA 2018, and now this. We should call the situation what it is: a national crisis that requires decisive national action.” Salceda said.

“This is a ticking economic timebomb. We need to respond to the policy as soon as we can. For all our talk of the ‘demographic dividend,’ if young Filipinos are not properly skilled and properly educated, if they cannot apply what’s in their books in practical, everyday life, then we shall have failed as a country and as a system. We will not be able to compete in the next generation.” Salceda said.

The economic costs, Salceda says, for every non-literate learner can be staggering.

“Functional literacy is a determinant of whether a student finishes school. On average, the rates of return to education go as much as 7 percent per year of high school, and up to 22 percent per year of college. Those who cannot finish school because they are not functionally literate will likely earn about 50 percent of what a college degree-holder earns, on average. On the aggregate, if the rate of latent illiteracy were the same for all regions, we could be foregoing up to 2 percent of national income every year by the time these students start working. This is staggering,” Salceda, an economist, also said.

“To DepEd’s credit, this is the first time we are facing the problem by being honest about its dimensions. At the same time, we need a robust, all-of-country, all-of-government response to the situation. Right now, our students and our teachers are among the most overworked in the world. Too many subjects. Too many activities. Not enough results. In college, I was taught the principle of ‘nonmulti sed multum.’ Not many things, but much. That’s what our education system needs today.” Salceda said.

“That’s why I have filed House Bill No. 6231 (Teacher Empowerment Act), which will empower teachers and deload their schedule so that they have more time for learner interventions. My House Bill No. 6247 (K to 12 Reform Act) is a comprehensive improvement of our curriculum, towards better skills and a deeper understanding of lessons. House Bill No. 6287 (Meister Schools Act) will help close the skills gap. I have also filed the Universal Free School Meals Program (House Bill No. 6295), to ensure to close the nutrition gap that is stunting our children’s potential and making it harder for them to learn basic life skills,” Salceda said.

“I am especially gunning for Universal Free School Meals. The 70,000 figure represents 4% of 1.8 million enrollees measured by the July pretest. Validation in December shows that the number reduced to a maximum of about 20,587 non-readers, and that the reduction could be traded to feeding programs which started in August, and teacher-focused reading. Nutrition works. Teacher empowerment works,” Salceda said.

Under Salceda’s HB 6295, nutritious meals for low-income kindergarten and grade school pupils will be given for free in public schools.

“In the coming days, I am also filing a bill to promote remedial and after-school programs—which will respond to this literacy crisis. I am also filing bills to make schools safer, to deload the curriculum even further and make it more locally adaptable, and to bolster our education infrastructure and financing,” Salceda said.

“The House will have enough time to initiate committee deliberations before we adjourn for Easter break,” Salceda said.