The Pasig River Rehabilitation Commission (PRRC) on July 17, 2018 rescued and evacuated residents living along the river to temporarily evacuate to a safer area as Typhoon #HenryPH caused flooding in low-lying areas.

PRRC Executive Director Jose Antonio E. Goitia mobilized the river warriors to assist him in the rescue operations while the river patrols assisted in the monitoring of water level in the other areas of Pasig and San Juan Rivers.

During the inspection conducted by PRRC, Goitia observed the dangerous current of water in San Juan River. 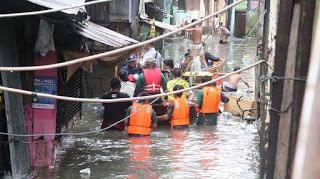 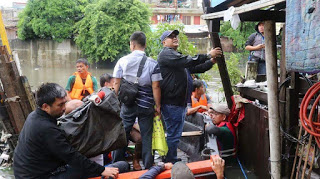 Because of this, Goitia appealed to the residents, who initially refused PRRC’s help, to temporarily evacuate until the heavy rain pours out.