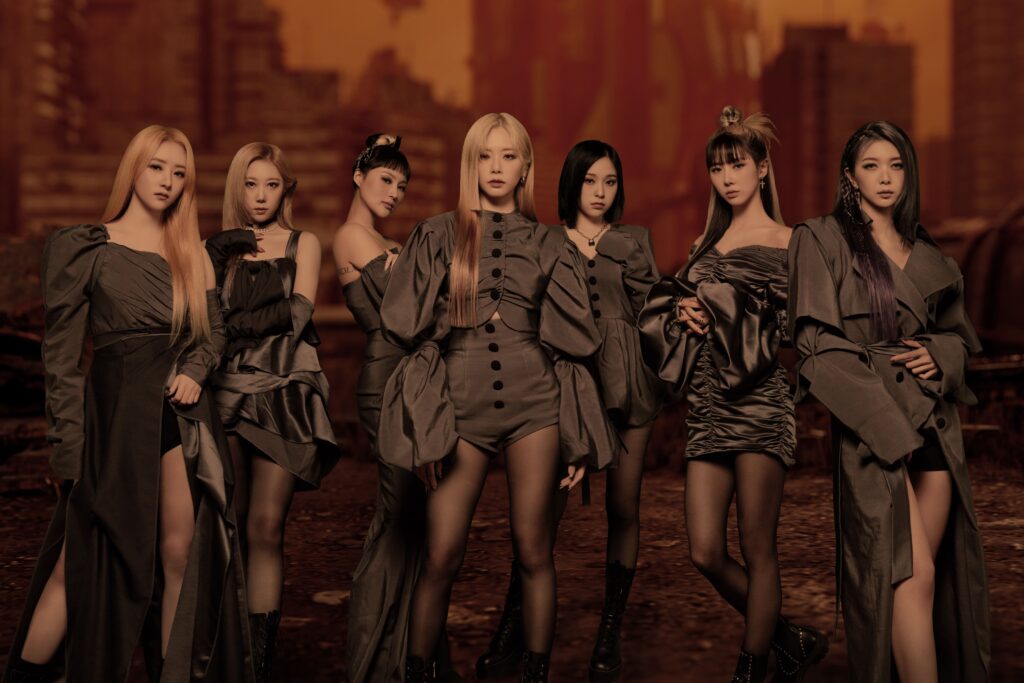 Watch the music video of their new single “Maison”

After much anticipation, Dreamcatcher finally drops their second album, ‘[Apocalypse : Save us]’ today via Sony Music Entertainment Korea. This is their second full-length album following the release of their first album ‘[Dystopia : The Tree of Language]’ two years ago, and approximately nine months since their EP ‘[Summer Holiday]’.

Dreamcatcher presents a 14-track filled album as they embark on a new journey, making way for their ‘Apocalypse’ trilogy.

Following Dreamcatcher’s ‘Dystopia’ series, the K-Pop rock group introduces their new ‘Apocalypse’ era. Their new album ‘Apocalypse : Save us’ is a desperate plea and cry to save the planet from ecological damage and global warming. The title track “MAISON” (translating to “home” in French) stays true to Dreamcatcher’s sonic identity and style based on rock genre and distortion bass. The track serves as a warning to the deafened ears and those who are turning a blind eye to the environmental concerns surrounding everyone’s home, the Earth. In addition, the album presents solo tracks of each member, which marks their first album involving all seven members’ songwriting.

Dreamcatcher is set to perform at 2022 Primavera Sound Barcelona in June as the first K-Pop group to do so. The group has been taking a different approach by combining rock, metal, and electronica elements within their music. Their uniqueness has earned the attention of many and the seven-membered K-Pop girl group has been slowly but steadily hitting one milestone after another. Dreamcatcher is known as the first female K-Pop group to top the Billboard Next Big Sound chart, while also demonstrating various major achievements of ranking No. 5 on the Billboard World Albums chart for their EP ‘Prequel’, and No.7 on the same chart for ‘Nightmare – Escape The ERA’.

LISTEN TO ‘[Apocalypse : Save us]’ HERE

Dreamcatcher is a 7-member K-pop girl band/group that has captured the global audience with their unique storytelling and distinguished music style incorporating edgy punk-rock and metal sound. Dreamcatcher’s first EP ‘Prequel’ debuted as No.5 on the Billboard World Albums Chart and peaked at No.1 on the US iTunes K-Pop Top 100 Chart in 2017. In that same year they were listed No. 3 on Billboard’s Best New K-Pop Acts of 2017 and continued to make various chart achievement by becoming the first female K-Pop group to reach No.1 on Billboard Next Big Sound. Dreamcatcher continues on with their journey in hopes of reaching more of their fans across the world. 2022 Primavera Sound Barcelona in June as the first K-Pop group to do so

Dreamcatcher’s sophomore album, ‘[Apocalypse : Save us]’ is out now on all digital music platforms worldwide via Sony Music Entertainment Korea. Watch the music video of their new song “Maison” here.