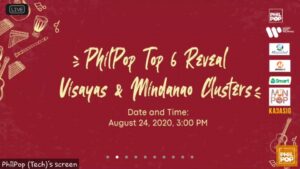 PhilPop, the country’s premier songwriting competition, has officially unveiled its top 6 finalists from the Visayas and Mindanao cluster. With #MusicBreakingBorders as its newest tagline, the music institution sets its sights in promoting top-notch Filipino compositions on a scale that’s never been done before: by going global and forging regional ties. 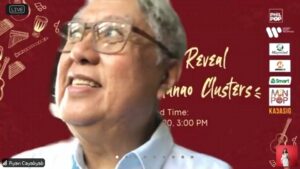 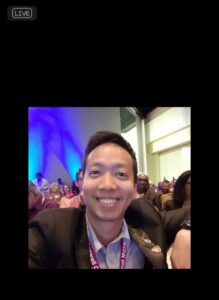 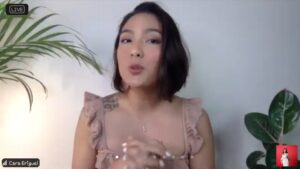 According to PhilPop Executive Director Dinah Remolacio, the entries underwent multiple rounds of selection process until Top 3 per clusters were handpicked. “We wanted our process to be inclusive so the decision making involved local and international representatives from Warner Music, representatives from our regional partner for each cluster, and representatives from PhilPop,” Remolacio shares in a statement.
The selection committee is headed by Festival Chair and PhilPop Musicfest National Artist Ryan Cayabyab, as well as Foundation Board Members, adjudicators, partners, and Warner Music Philippines Executives such as PhilPop Musicfest Foundation President Victorico P. Vargas, Festival Co-Chair and PhilPop Musicfest Foundation Board Member Noel Cabangon, PhilPop Musicfest Foundation Executive Director Dinah A. Remolacio, PhilPop Musicfest Foundation Lead Adjudicators Jungee Marcelo and Trina Belamide, Warner Music Philippines Managing Director Ian Monsod, MinPop Musicfest Director and Mindanao Cluster Partner Jeremy Sarmiento, and Kadasig Founder and Visayas Cluster Partner Jude Gitamondoc.
PhilPop is currently wrapping up its adjudication process for the remaining clusters namely: North Luzon, South Luzon, and Metro Manila. The finalists representing the remaining regions will be announced next month.
In terms of the selection of finalists from the Mindanao Cluster, MinPop Musicfest Director Jeremy Sarmiento takes pride of how the top three finalists took inspiration from various sources, yet their songs sounded truly ‘Mindanaoan’ in terms of cultural context and identity. Sarmiento also cited the importance of regional representation, and how this platform helps in introducing different stories and diverse experiences through music. “There’s no better way to achieve that than giving an opportunity to those in the regions to tell their own stories. Representation provides a reflection of each of their languages, ideals, feelings and that’s what we ultimately need to understand each other better, the uniqueness of the Filipinos, expressed through songs.”
Kadasig Founder and Visayas Cluster Partner Jude Gitamondoc is also optimistic about their official picks for the Visayas cluster, citing diversity and universal appeal as two of main reasons that make these songs a standout in the competition. “I think the songs chosen to represent the Visayas are a great representation of the region,” says Gitamondoc. “We have an electronic-infused track, another one that’s soulful, and another that’s folksy. That pretty much shows how varied the musicality is in the Visayas. We are at the center of the country. We are a melting pot of cultures, influences, and ideas.”
PhilPop Songwriting Festival 2020 is an initiative of the PhilPop Music Foundation, chaired by Mr. Manny V. Pangilinan. This year’s PhilPop is co-presented by SMART, MERALCO, and MAYNILAD, with official partners, Warner Music Philippines, Kadasig, and MinPop.